Can the Church Hierarchy take such stands?

Posted on September 20, 2018 by The Voice Of Bombay's Catholic Laity

The  photograph above is that of the camera placed above the mirror in the ladies toilets of St. Micheals Church Mumbai.

After some ladies complained the said mirror disappeared. In the meantime morchas of the people were taken to the police station which started from St. Micheals Church . Various church affiliated organisations lent their names as organisers of the morcha in support of the cameras in the ladies toilets.

Now CBCI and various other church bodies are making statements that the law should take its own course in case of Bishop Franco . What they are implying is that the laity should not take morchas .

Can the mass be used to defame a person. The late Gordon Jacobs was defamed during the Saturday and Sunday masses . A morcha was held in the church premises and placards made. No announcements were then made that the law should take its course? Despite it being a grave liturgical abuse no action was taken. Cardinal  Oswald Gracias reacts differently depending who is the victim. 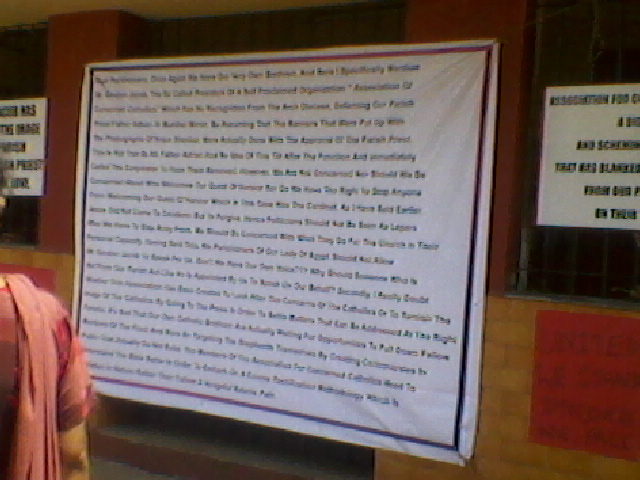 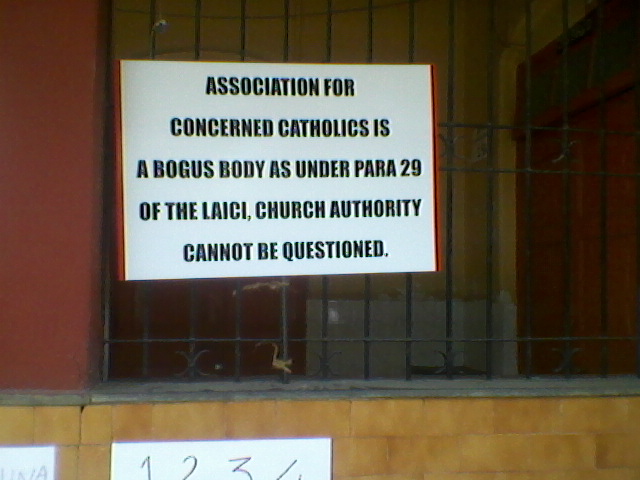 The list of nonsence happening can go on and on. Its the silence of the laity which has emboldened these clergy to do what they want.

Why are accounts of donations not been given.?

Are these donations being used to buy victims silence?

Are these donations used to pay the best advocates fees when the religious are the accused?

How many people are aware that a 12 year old altar boy was sodomised by a catholic priest in Mumbai?

Who  is paying for the legal fees of his advocate?

I think the time has come when we the laity who donate money start asking questions and getting answers other wise things will get bad to worse and we will be responsible for the same.

Ezekiel Chapter 3 verses 17 to 21 calls upon us to be watchmen and to point out such wrong acts otherwise the sin will be on us.

Bombay Laity Ezekiel’s Chapter 3 Task as Watchman 17 “Son of man, I have made you a watchman for the people of Israel; so hear the word I speak and give them warning from me. 18 When I say to a wicked person, ‘You will surely die,’ and you do not warn them or speak out to dissuade them from their evil ways in order to save their life, that wicked person will die for[b] their sin, and I will hold you accountable for their blood. 19 But if you do warn the wicked person and they do not turn from their wickedness or from their evil ways, they will die for their sin; but you will have saved yourself.
View all posts by The Voice Of Bombay's Catholic Laity →
This entry was posted in Silenced Voice. Bookmark the permalink.

1 Response to Can the Church Hierarchy take such stands?