Posted on December 26, 2013 by The Voice Of Bombay's Catholic Laity 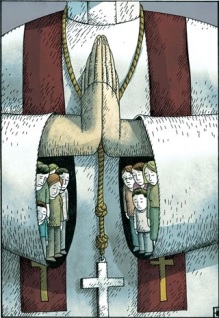 The diocese of San Isidro publicly apologized for the actions of Fr. Jose Mercau, a priest sentenced to 14 years in jail in 2006 for sexually abusing of four children.

“The San Isidro diocesan community, and especially the bishop and priests, publicly apologize to the young victims who were affected by the conduct of a priest within our diocese, Father Jose Mercau, when he was a priest at St. John the Baptist Church,” said the document signed by Bishop Oscar Ojea and read at diocesan Masses Dec. 14-15.

The priest ran a group home for homeless and runaway youths and, in his 2005 trial, admitted he abused the boys.

The document said the “trauma that sexual abuse caused in the future of these children and young men cannot be measured. … The conduct of the abuser also hurts Christ and undermines the community’s confidence.”

Local media have reported that the diocese is willing to pay reparation to the four youths and to do so may have to sell some church property.

The document said that, with this gesture, the diocese hoped to promote a “culture of taking care of our children and youth,” as requested by Pope Francis on numerous occasions.

Pope Francis has publicly spoken against abuses being committed by priests and has indicated his willingness to fight clergy sexual abuse.