Catholic Church ‘asks Vatican to step in’ over O’Brien concerns 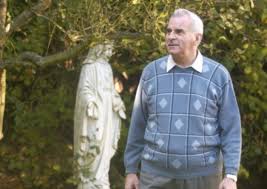 The Catholic Church in Scotland has appealed to the Vatican amid concerns that Cardinal Keith O’Brien’s high profile is damaging the church.

A source in the church told STV News there was “frustration and disquiet” that the Cardinal was back in the public eye after he was photographed moving into the parish house in Dunbar.

Cardinal O’Brien always intended to move to the East Lothian town when he retired as Archbishop of St Andrews and Edinburgh, but the plan was cast into doubt after several former priests made allegations of “inappropriate behaviour” against him.

The cardinal resigned the following day and later admitted his sexual conduct had “fallen below the standards expected of me as a priest, archbishop and cardinal.”

Though the 75-year-old cardinal has not courted publicity, photographs of him moving boxes into the parish house in Dunbar have alarmed some in the church.

A source told STV News that Cardinal O’Brien’s visibility would make it harder for the church to move on from the scandal.

The Vatican has been asked to intervene “to reinforce the message that his visibility at this time was a problem”, the source added.

The source referred to the case of Bishop Eamon Casey who left Ireland after being brought down by scandal and only returned after 13 years, once the dust had well and truly settled.

In a statement, the Church said: “The church was not informed of any intention on Cardinal O’Brien’s part to move into the parish house in Dunbar. The matter has been referred to the Holy See with whom any decision on his future will lie.”